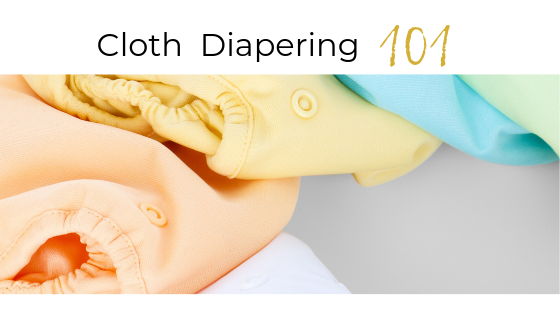 Let me start off by saying that I had no idea cloth diapering was a thing! I found out about it while searching for the “average cost to have a baby” before I was pregnant. I wanted to be you know… prepared!

I brought the idea up to my husband and we both agreed it was worth looking into. I researched more and more to see what the different options were. I didn’t know I would become such a fan of cloth diapers!

When I first told people I planned to cloth diaper, they tried to turn me off of cloth diapers. They swore out I’d only do it for a few weeks or even days. I’m still not so sure why, since cloth diapering ISN’T HARD! It’s honestly just another load of laundry. We ended up using cloth the entire time and are currently using cloth trainers!

This post will be apart of a series called “Cloth Diapering 101.” If you are interested in this topic make sure you subscribe so you don’t miss out on any posts!!

Alright, now let’s get into the reason for this post!

Why we use cloth

According to this article, disposables cost around $62.50 a month. I think that price can vary depending on how often you change. I’m always concerned about diaper rash, so I changed my daughter frequently. Anyway, that totals to about $750 for a year of disposable diapers. Some toddlers aren’t potty trained until 3, so you can see how that drives the cost up even more.

Now let’s talk cloth! Depending on your stash size, the same article suggests that you can cloth diaper for the same amount of time for as little as $300 and up to $1,000.

Our complete stash of cloth diapers cost around $900. This includes all of the “extras” you may need like wet bags, wipes, and diaper balm. The biggest perk is that it can all be used for another baby.

Certain chemicals that are found in disposables really turned me off. Think about it, you have diapers up against your babies skin 24 hours a day! Why not opt for something safer when it comes to material.

Below I have listed just a few of the chemicals that can be found in disposables. You can read here if you want to learn more about the chemicals.

Sodium polycarbonate is SAP or “ polymer” that is used in disposables. It is composed of cellulose processed from trees and is mixed with crystals of polyacrylate. SAP is what allows disposables to absorb liquids.

If you’ve ever changed a diaper and saw little clear beads those are the SAP. I have used disposables a few times and the beads scare me. Having a girl, it just doesn’t seem safe to have these in your lady bits.

Dioxins are potent carcinogens. Diapers that are bleached contain Dioxins. They are a by product of the bleaching process. Dioxins are extremely toxic, even in small amounts. The EPA states that Dioxins are the most toxic of all cancer causing chemicals. Eek!

Disposables are plastic, the plastic in disposables contain phthalates. The scary thing about phthalates is that they are endocrine disruptors. Meaning they can mimic certain hormones. Scary right? You’re exposed to diapers as a baby 24/7. Unless you do diaper free time, that’s around the clock exposure to some nasty chemicals.

My preference for cloth diapers would have to be organic cotton. I’ve never personally used microfiber. I prefer organic cotton because it is easier to clean also, it’s been recommend for us to wear cotton undies so I’m sure the same goes for babies.

My second reason for choosing natural fibers is diaper rash. I could be crazy but EVERY SINGLE TIME I put my daughter in a disposable she got an awful rash. I recently tried pulls up for vacation…guess what…my daughter had a rash that same day! This could’ve been because of the particular brand of disposables who knows, but I can honestly say that I never had issues with cloth diapers. Natural fibers are breathable so you don’t run into issues with no air being able to circulate.

I don’t know about you, but I love seeing little fluff butts! I’m a little weird so I can spot a cloth diapered baby from a mile away because of their fluff butt! In addition to fluff butt, cloth diapers have such cute prints. There is literally just about any kind of print or design that you can think of. If you pair a cloth diaper with a pair of leg warmers oh my goodness talk about cuteness overload!

I have been taking small steps to become greener. Cloth diapering was an easy way for me to take the plunge. According to the same article, it takes 100 years for disposables to decompose, so that means the disposable diapers that we use now will still be in the landfill when we’re no longer here. I don’t know about you but I think that is pretty crazy. That means we have loads and loads of solid waste just sitting in landfills for years. Speaking of poop, one of the main reasons people seem to be turned off from cloth diapers is dealing with the poop. I get it, poop is not fun to handle, but did you know you aren’t supposed to throw away the poop in disposables? Yep, it says on the package to flush. If you have a chance one day take a look at the packaging.

So there you have it. The 5 reasons I chose to cloth diaper. This is part 1 of my Cloth Diapering 101 series. If you’d like more information on cloth diapers,  to our mailing list!

Don’t forget to comment below! Let me know your thoughts on cloth diapering. Would you ever try it? If so why or why not?

Hiking With a Toddler

How I Became a Babywearing Mama 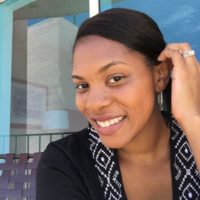 Hi I’m Shanté! Welcome to my blog. You will join me on my journey through motherhood. You can expect to read about motherhood, breastfeeding, babywearing, peaceful parenting, cloth diapers, and lifestyle. Thanks for stopping by!